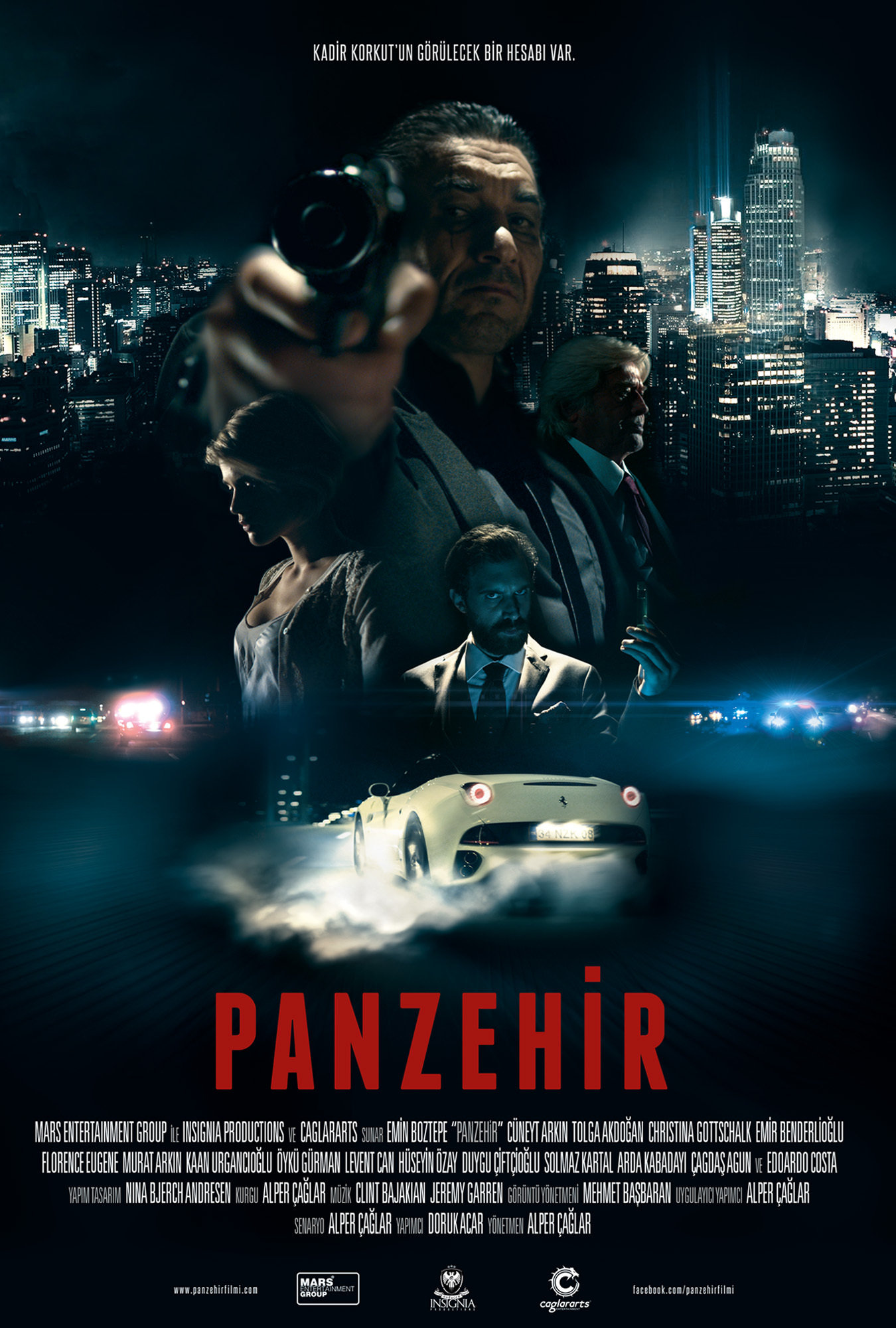 Istanbul cirminal underworld; a place of merciless families and swaggering hitmen afraid of no one. Kadir Korkut, nicknamed the "Demon" is the most fearsome of their kind. When he wants to retire for the love of a blind German pianist, it starts a chain of events which will paint the night red. His boss and foster father, Kara Cemal betrays and coerces Kadir by poisoning him to perform two final hits on the two largest rival families in order to receive the antidote. Outgunned, outmanned and facing impossible odds he has to team up with an outed undercover police mole Cem, and somehow survive his final night of revenge and redemption.
A legendary hitman trying to retire for love, is poisoned by his mob boss foster father, forcing him to team up with an undercover cop to survive one final bloody night of revenge and redemption.
Having watched this film in France due to a freak coincidence I believe I have found a new favorite of mine. You wouldn't expect Turkey to create such a compelling film. This is not because of their talent but rather because of their financial inclinations for "slapstick" and "melodramatic" films which saturate their market. Trapped between art-house films and low-quality populist junk, "Antidote" is an astonishingly ambitious and powerful criminal action drama. The likes of which only really exist in Korea or in very early Scorsese grit.

Kadir, a jaded hit-man who is stubbornly loyal to his machiavellian foster father and mob boss Cemal is a Shakespearean figure of tragedy and circumstance. The details surrounding his molding into a consummate killer go back nearly 40 years to when Turkey was transitioning from a mainly rural, isolationist economy to a rising regional power. Although this film is formed in a "comic book" manner, where the characters are only briefly detailed they create a great appetite for the viewer. You simply want to know *more* about these well sculpted criminals and evil men.

With epic shots of Istanbul as a cold and unforgiving megacity, well crafted camera blocking and an American taste in editing and colors; the director and producers have managed to craft something unique and gripping with the limited means they must have had compared to Hollywood. This show ingenuity and initiative and it's the sort of thing that makes Hollywood grab talent from European countries with very limited film economies. Sure there are some rough edges and post- production shortcuts taken, but those are minor issues.

Everything from the minimal love story to the "buddy cop" dynamic between the undercover cop and the titular hit-man is both funny and well placed. Amidst all the violence and darkness it allows the audience to identify with someone.

The most pleasant compliment I can pay to this film is that the cinema cashier in Paris grudgingly told me "I wish we could make films like this again, we used to in the 90s with Besson".

I would be surprised if the director of this film isn't helming American films in 5 years time, à la Inarritu or Park Chan-wook. Turkey has long been the best action movie I watch. I think the first;) Earlier this so impressive, long-term, successful stage and I do not think I've seen a movie that fiction structure. A wisp of discontinuities Turkish cinema in action and there, but that in general labor Assuming you need to ignore. Because so many foreign films We watched each new business is conducted inevitably more difficult brain compares. For example, starring Jason Statham Crank 1 and Crank 2 recalled. Guns and conflict visualization of the scene is OK. More should come to do and should be monitored at least two times because he is so fast should assimilate. A job well done film crew, director and Emin Boztepe also congratulations. I think the new Turkish cinema character was born. Get better.