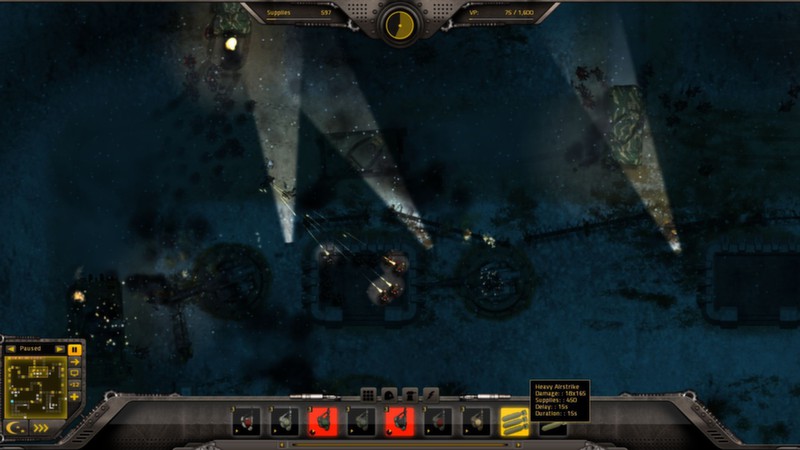 The enemy may be on the back foot, but this war is far from over. Gratuitous Tank Battles just got bigger and better with a 'western-front' campaign, and a whole host of slightly-historically-accurate new units. A completely new singleplayer offline campaign features eight new maps, 4 are restricted to 1939-1945 technology, meaning no mechs, shields or lasers, and the other 4 maps are set in the present day. New units are drawn from the WW2 era including Tiger and Panther tanks, Calliope Sherman tanks and other American / German hardware.
Admit it, all your gaming life you've wanted to field an army of tiger tanks armed with pulse lasers, and that moment is finally here! The Germans may be on the back foot, but with American armor, American enthusiasm, and the encouraging words of General Patton ringing in your ears as you charge into battle, victory is assured. It will all be over by Christmas. Or so they say... 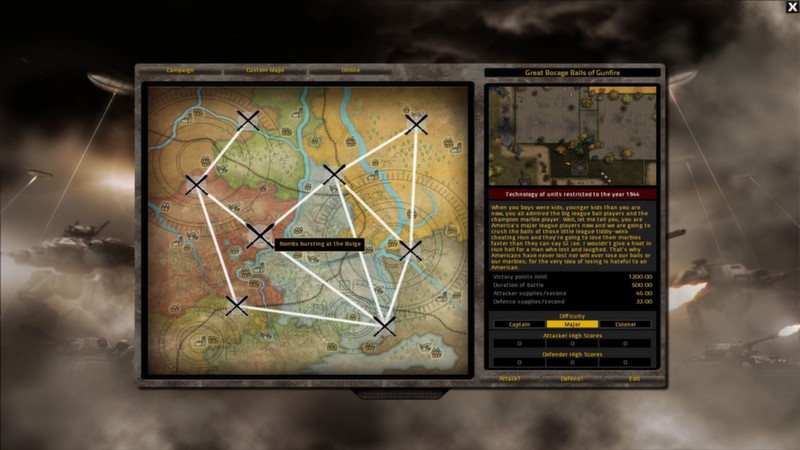 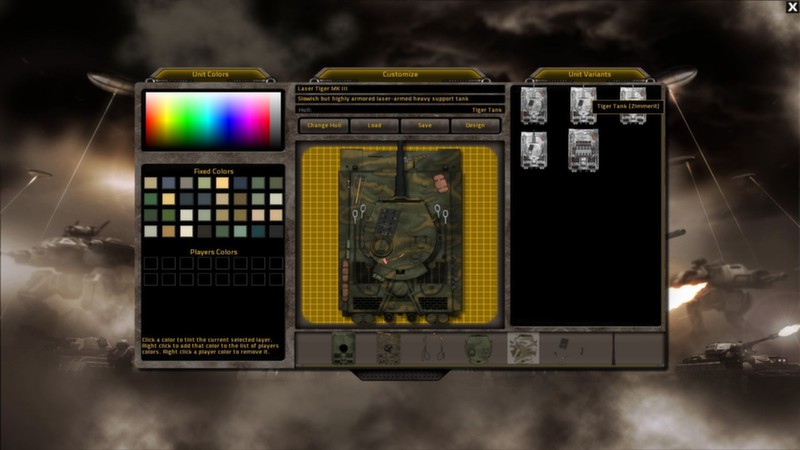 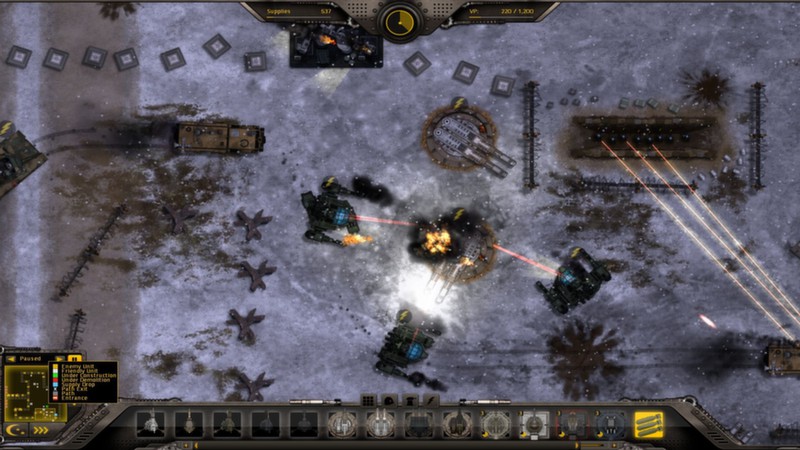