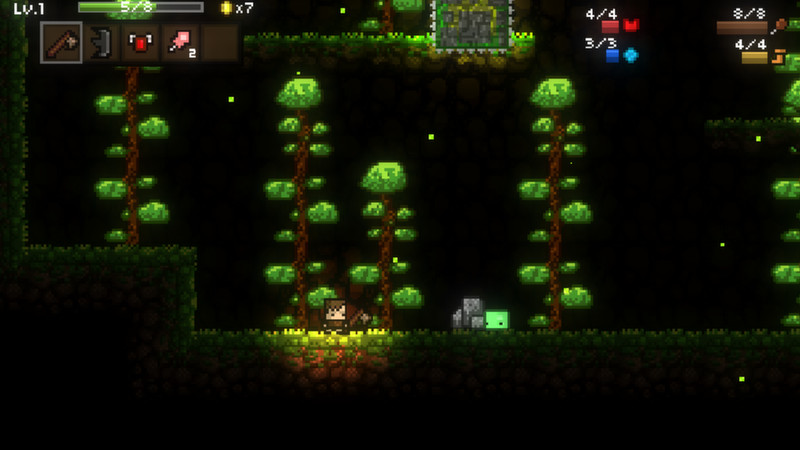 Explore, craft, and survive in this Multiplayer RPG Platformer with permanent death! Featuring many Rogue-like elements, Magicite randomly generates each underground dungeon for you and your friends to delve deep into. Chop trees, mine ores, and hunt beasts in order to collect the resources and materials you need to survive the harsh and unforgiving environment. With a ton of character traits, stats, companions, and classes, players will have a different experience each play through! Be prepared to die... A LOT.

Magicite's main influences were Monster Hunter and Spelunky. I loved the resource collection and crafting in Monster Hunter, and of course fighting giant monsters with my friends. Spelunky's brutal yet rewarding platforming was also something that I wanted to capture with Magicite. 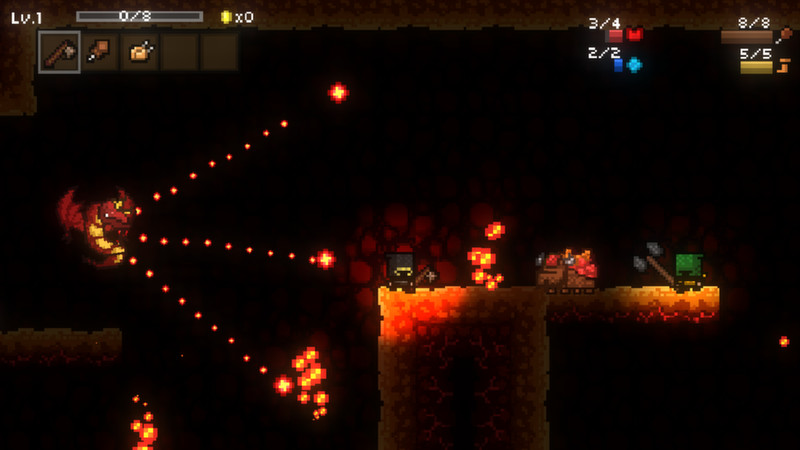 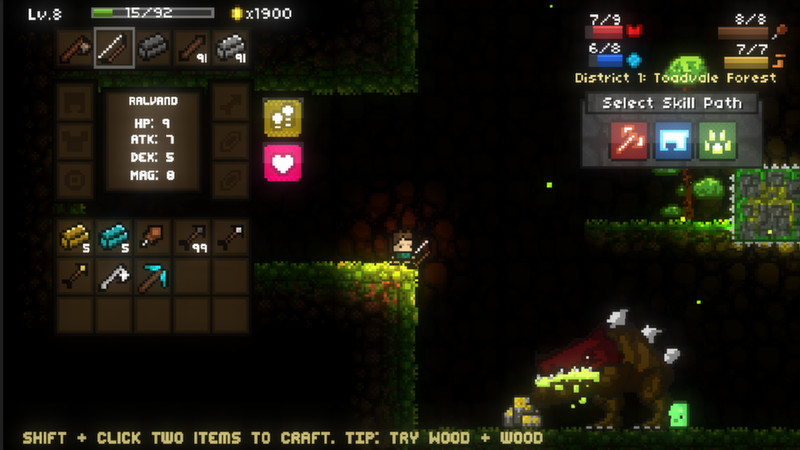 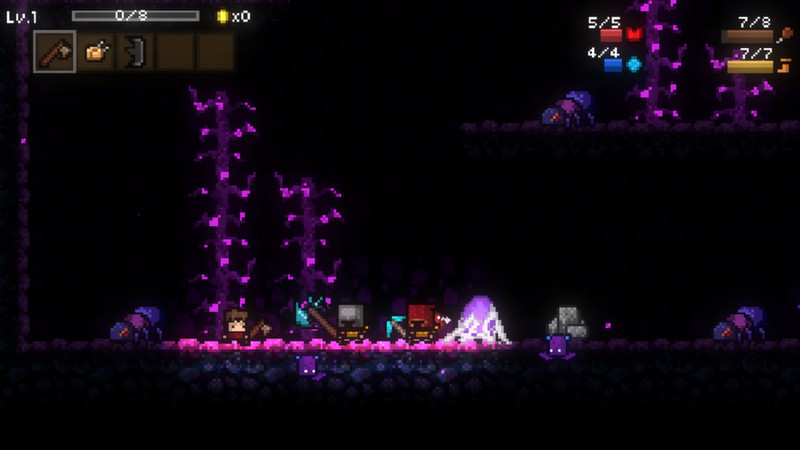 It is playable with a good concept, but not worth your money. The developer stopped caring about the state of the game years ago while tauntingly advertising his other projects on the game's steampage.
The developers other projects (at least the ones he did the code) also remain unfinished and have been for years.

Do not buy.. The game mechanics, ideas and its overall feel are great but it's just too buggy to enjoy.

Everything gets lost here at death but the game compensates it by letting you open treasures based on your stats at death, so you can start a new game with a new hat, character race or companion that buffs the character and makes your next run easier. At least in multiplayer, me and my friend dying often resulted in nothing, forcing us to quit the game without any takeaway.

Magicite would be great if there were mods to fix the bugs, but since there are none, there's just no way to recommend it in its current state, especially since the developer released its last "end-of-life" update in 2016.. I very much enjoyed this game. I bought it a couple of years ago but have still had fun playing it, it is a fantastic little game and is fun as well as hard as hell at some points. It does make me sad that the Dev has stopped working on it, so I do hope he can come back to it but any way I recommend this game, it flows quite well, isn't too hard to grasp the mechanics but is hard to actually get through the bosses.