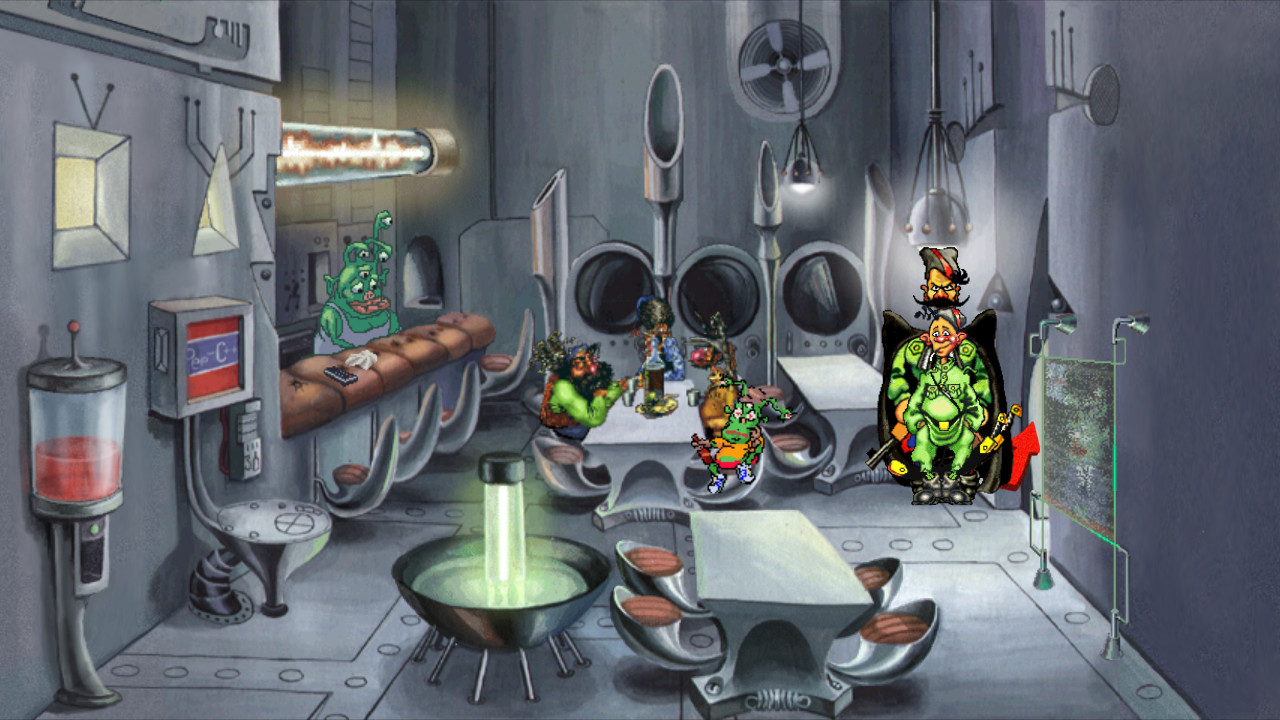 Almost 17 years on, we bring you back the true Russian video game industry classics, remastered for modern platforms.

The first part of this classical game series will be released on PC on February, 5th . The game saves the original graphics and voicing but the game code has been completely rewritten for Unity engine and it has widescreen support now. Any animation issues and old bugs have been fixed. Steam achievements and trading cards are also available. So from now on you can play in Red Comrades Save the Galaxy using any modern PC working on one of modern operating systems!

Russia is in a midst of Civil War. Both the front line and Ural River splits the village Backwoods in two. One part of the village is somehow controlled by the brave Red Army division headed by Chapaev. Remnants of the cowardly Whites are still comfortably stationed on the other side.
Vasily Ivanovich Chapaev and his fellow aide Petka wake up to find themselves in a bad hangover and in a worse mood. They realize that someone has stolen the Red banner from the HQ. Our heroes are totally depressed with such a misfortune, just like every decent Red army fighters should be.
This unbearable offense leaves them no choice but to sneak into the enemy territory and to retrieve the precious banner.
Although it's not the end of the story yet! Somewhere on the moon, legions of alien invaders prepare to conquer Earth. But could such a little thing really give a scare to the Red Army heroes? 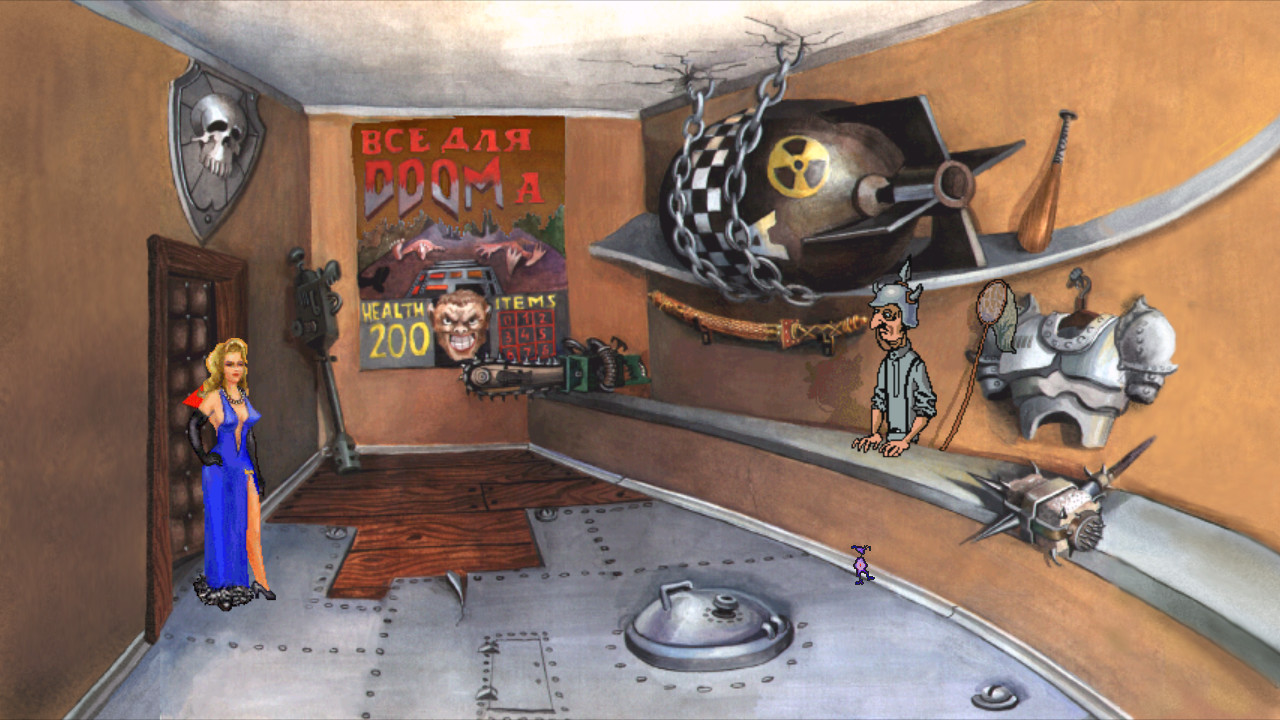 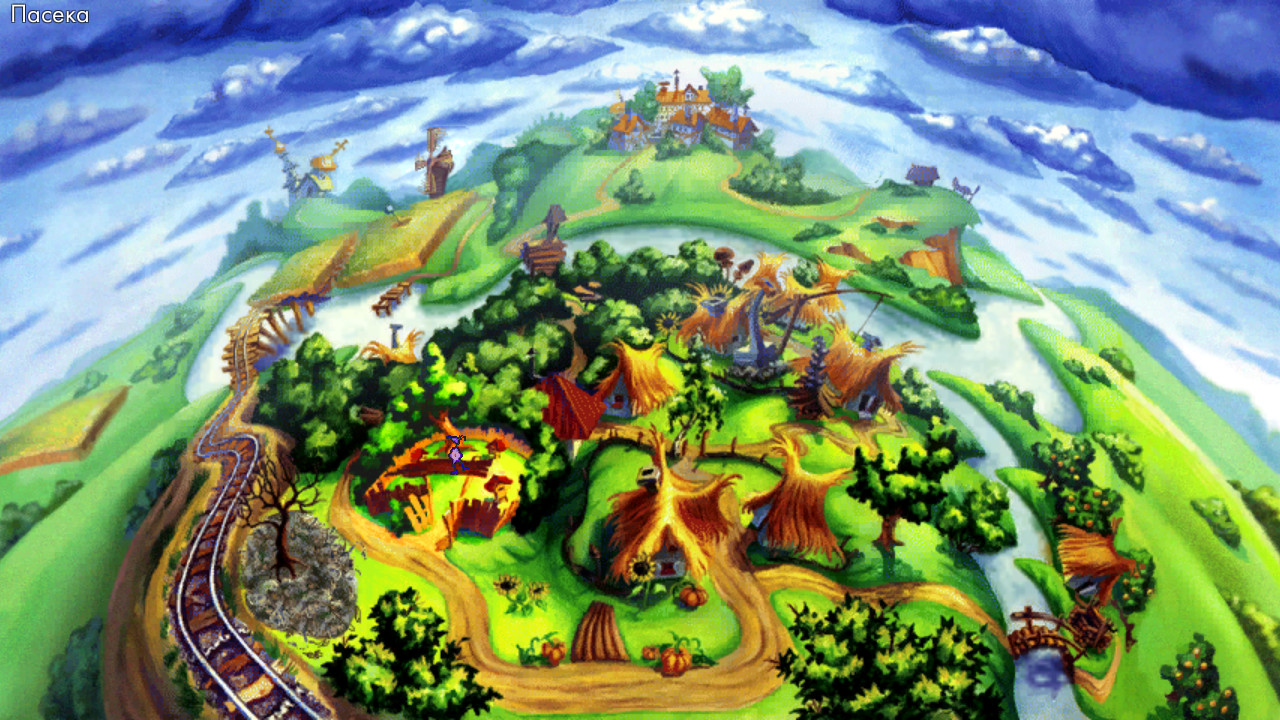 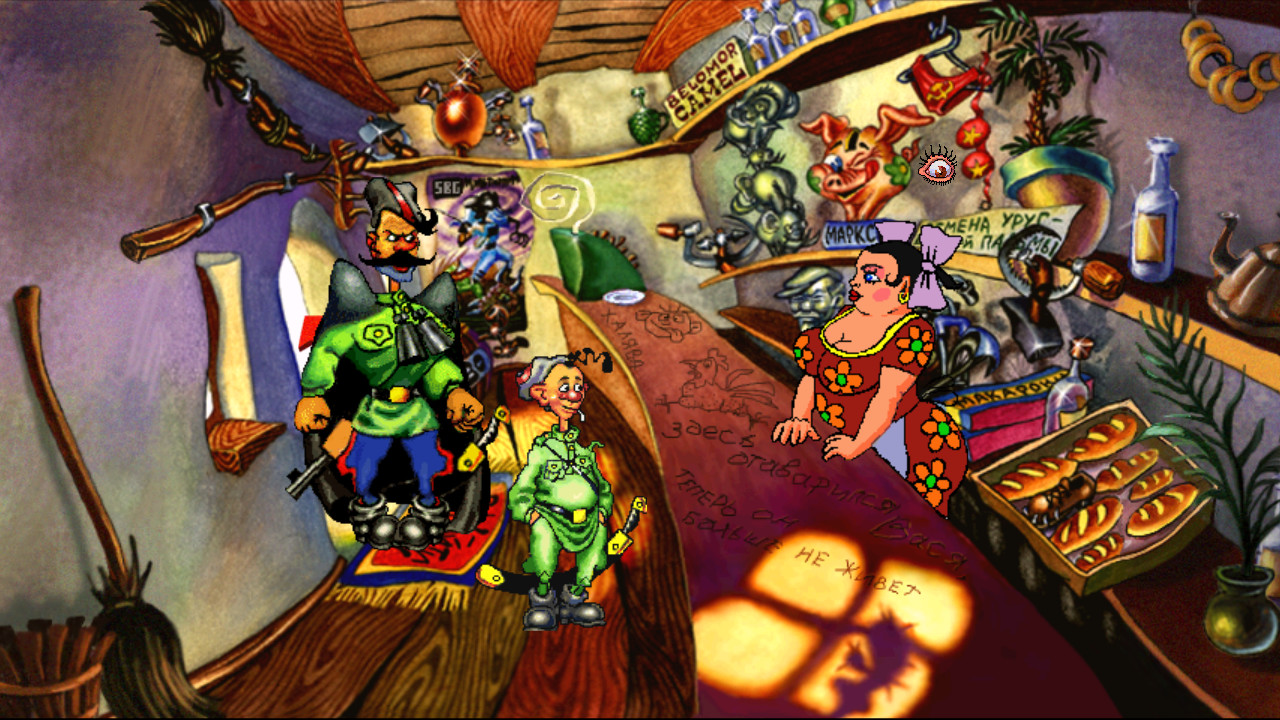 
This game, while mechanically being a classical point and click adventure, is probably oozing more slav-spirit than anything I have ever played before.

This is on a level of politically biased that it becomes one of the most hilarious pieces of adventure gaming I have seen in the last 25 years.

I don't speak a single word of Russian, but the syncronisation was highly hilarious all the same. And even although the game isn't that long, it sports a lot of content, considering its actual age.

I had never heard of this before, but I am so glad I got to play this. I'm actually quite looking forward to playing the other two games as well.

The only thing that really needs to be put out there: This is probably one of the least kid-friendly adventures I have ever seen.