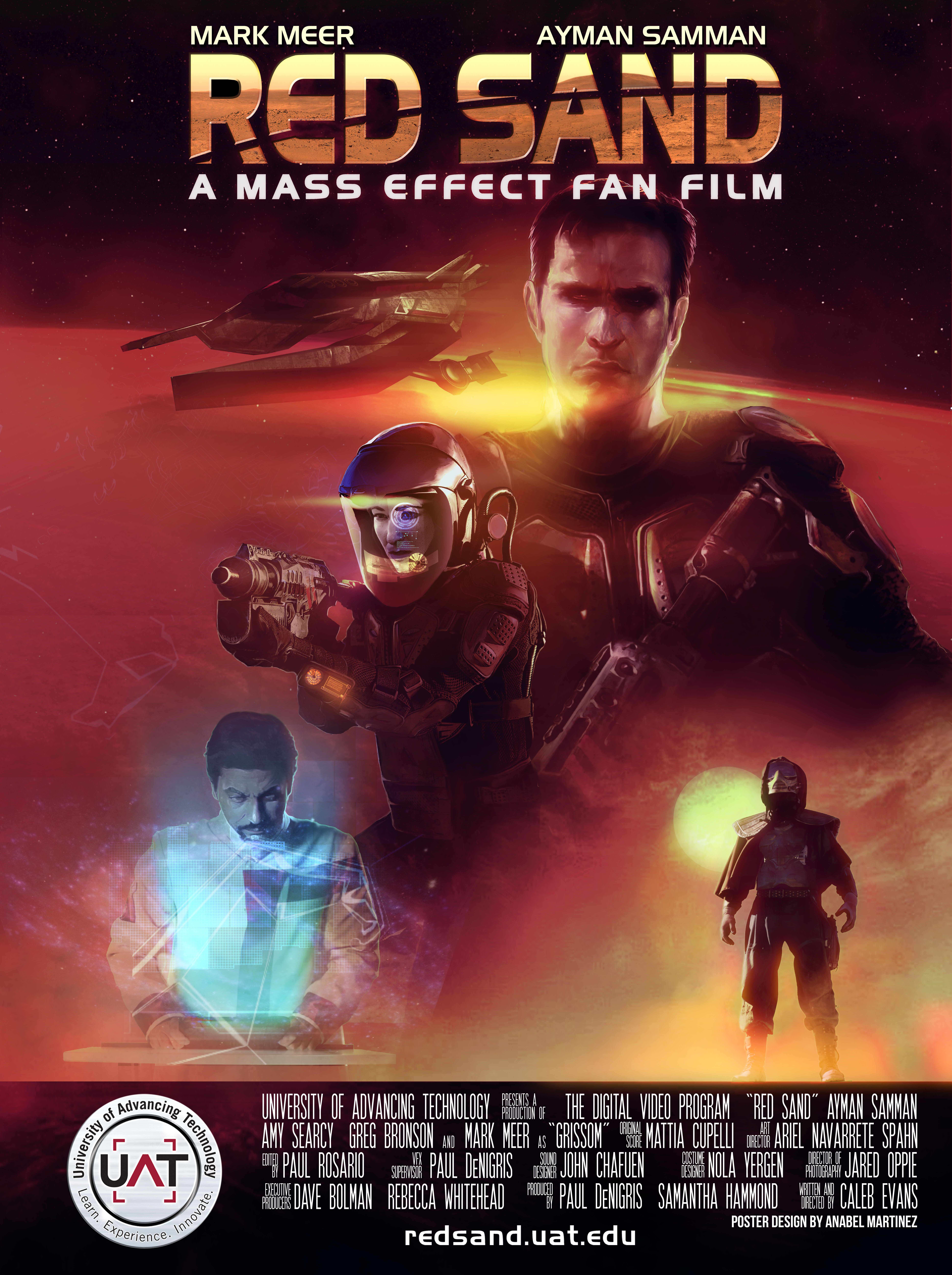 Serving as a prequel to the MASS EFFECT game series,"Red Sand" is set 35 years before the time of Commander Shepard and tells the story of the discovery of ancient ruins on Mars. Left behind by the mysterious alien race known as the Protheans, the ruins are a treasure trove of advanced technology and the powerful Element Zero, an energy source beyond humanity's wildest dreams. As the Alliance research team led by Dr. Averroes (Ayman Samman) seeks to unlock the secrets of the ruins, a band of marauders living in the deserts of Mars wants the ruins for themselves. Addicted to refined Element Zero in the form of a narcotic nicknamed "Red Sand" which gives them telekinetic "biotic" powers, these desert-dwelling terrorists will stop at nothing to control the ruins and the rich vein of Element Zero at its core. Standing between them and their goal are Colonel Jon Grissom (Mark Meer), Colonel Lily Sandhurst (Amy Searcy), and a team of Alliance soldiers tasked with defending the ruins at all costs. At stake - the future of humanity's exploration of the galaxy, and the set up for the MASS EFFECT storyline loved by millions of gamers worldwide.
"Red Sand: A Mass Effect Fan Film" is a 14-minute science fiction / action short film from almost 5 years ago and as so many other times with these genres it adds really nothing new unfortunately. Of course it is just a fan film, but still. It is the first effort as writer and director by Caleb Evans and he got Mark Meer to appear in here, an actor who is fairly known also from the video games that this little film here is based on. It is not a complete failure, especially taking into account that Evans has never made a film before, but I still had higher expectations judging from the film's IMDb rating. The story is fairly uninteresting and the film relies almost entirely on visuals. Never a successful recipe. Not recommended.
I watch fan films on YouTube (as well as other short films) because I enjoy seeing possible uprising talent. I have seen my fair share of Max Payne stuff but being as that I'm playing the Mass Effect series I thought I could sit down and watch one, the first one I clicked on was this and I enjoyed it.

Taking place several hundred years before the game does humankind finds alien ruins on Mars. These ruins have an element to them that mankind has never seen before and later is being used as a drug to give people telekinetic powers. They continuously attack the research team and the security there must hold the defenses long enough to find out what this can do.

The best thing about this is that you can have no knowledge of the game and yet still keep up with what is going on. It actually clarifies the opening text scroll of the first one a lot more, to the extent that I don't think "Whoah! slow down!". Even if you are a fan of the games, you can take a look at this and it does the story of it justice.

The acting is good, the effects (for what it is) are great! If there is a complaint with the movie (it's a nitpick but if you're a fan of the games I'd better mention this) the movie ends with the reveal of the Mass Relay and... That's it, I would've liked to see it be used and then end there.

I'd say check this movie out. I'd say it does the game some pretty good justice and if you're not a fan of the game then this won't lose you. If you can keep in mind that this is a fan film then I don't think this can disappoint.