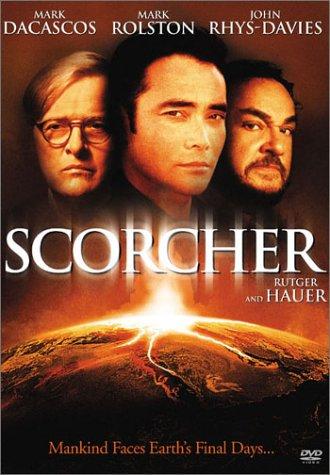 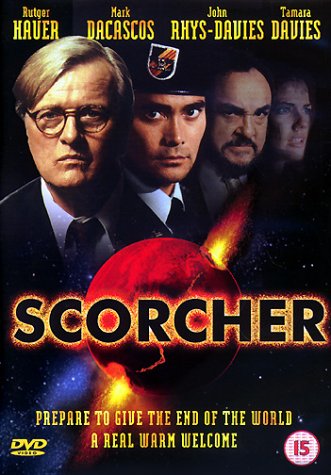 After a disastrous nuclear accident, scientists discover the earth's tectonic plates are shifting and creating immense pressure that will destroy the earth in a fiery global eruption, and it's up to a few top scientists to find a way to stop it!
The only hope for humanity to survive a natural disaster is to detonate a nuclear bomb in Los Angeles.
This movie is not just awful. It is chronically awful.

A script that is clichéd and laughable.

A plot which is ludicrous and absurd.

A cast which is 3rd rate and amateur.

The story-line: the Chinese are to blame for causing a seismic shift in the earth, needing the USA to blow up Los Angeles to restore equilibrium and save the world.....blah....blah.....blah.....

In real life of course its' thanks to the Yanks and the likes of their adventure in Iraq plus things such as American uncontrolled pollutants ruining the environment that the world is in such a mess.

But-hey------when has reality even stopped film-makers lying to us!

The movie has rubbishy sub-plots involving father-daughter relationships, which just adds to the nonsense and probably reflects the writers' own angst.

3 of the actors in this film:

Mark Dascoscos(whoever he is): Plays a military colonel though looks daft in a uniform and the attempted macho image is at odds with the appallingly bad face lift. He would be better off trying for a job modeling pink underwear.

Rutger Hauer: Plays the President of the USA. In the all time list of the worst portrayals of this role he takes second place. George W. Bush is the winner.

John Rhys-Davis. Plays a scientist. Seems to think that by huffing and puffing with an affected "English" accent he can capture an audience, but all he does is show what an awful 'Ham' actor he is.

The fractional mark is awarded for giving us the idea to blow up an evacuated LA, which includes Hollywood. Maybe it will rid us of films like this! This movie was billed to be EARTH IN DANGER. After this team embarks on their mission, there's two minor tremors (where I don't see so much as a street lamp keel over), very scary scene in a tunnel and other than that not a hint of additional disastersanywhere. For the last hr fifteen minutes of film. The plate shift moves ever closer to that 44 centimeters mark were were informed mankind's doomed, at the end stops at 35and until the bombs are set off all stays as quiet as a emptied parking lot.

I started watching this after seeing footage of devastation in the film's first 25 minutes thinking there's going to more, even it if was CGI or old archive stuff there would be more chaos--BUT I got instead was boring by the numbers human dramaHey this is not the Hallmark Channel; I was baited and then the emphasis of the movie switched--and I am still livid over it! The (young) daughter subplot was good because both characters were somewhat likable while the scientists father daughter subplot reeked--I hated the scientist daughter. But neither one didn't need to be in this storyline cause they pull away from the supposed terror of the Earth on verge of disaster. Instead the Earth gets final billing. And testing was the cause of this why lob another bomb into Earth's precarious undergroundand why Earthquake prone California in all places. And nukesWhat about planting food, the radiation spreading to other statesEven ID4 had a higher degree of reality in terms of nukes there were someone protested using them and the President hedged.

I rate it 1 for the 2 prayer scenes, John Rhys-Davies and Mark Dacascos