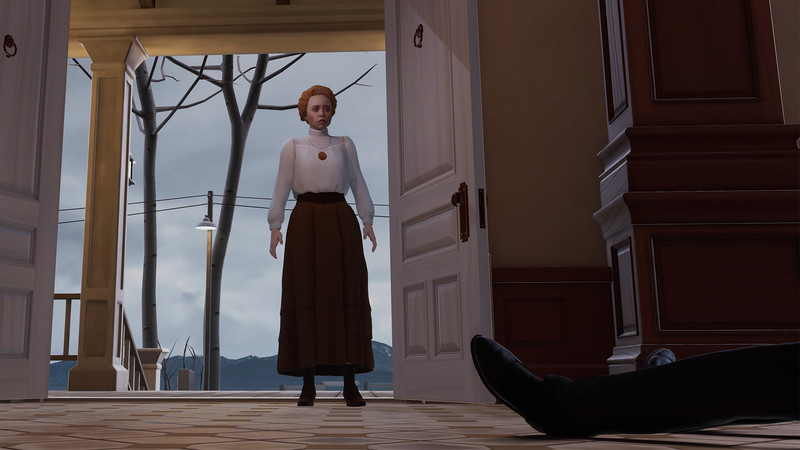 The Invisible Hours is a complex murder mystery playable with or without a VR headset. Players freely explore an intricate web of interwoven stories within a sprawling mansion.
A group of strangers receive a curious invitation from the enigmatic inventor, Nikola Tesla, offering each of them the chance to make amends for their darkest wrongdoings. When the last guest arrives at Tesla’s isolated mansion laboratory, they find him dead – murdered. Disgraced Swedish detective, Gustaf Gustav, vows to find the killer amongst the other guests: a blind butler, a convicted murderer, the world’s most famous actress, Tesla’s former assistant, the son of a wealthy railroad magnate, and rival inventor Thomas Edison. But none of these people are what they seem.
The player is invisible, with freedom to follow and observe anyone in the story – or to explore the mansion for hidden clues. 1075eedd30 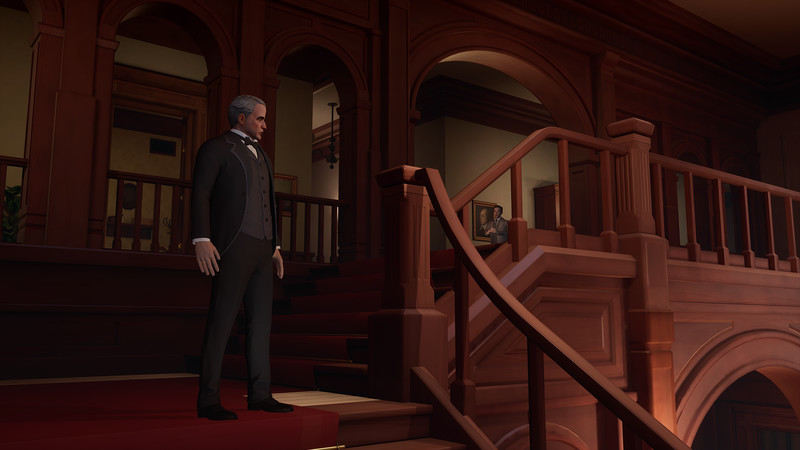 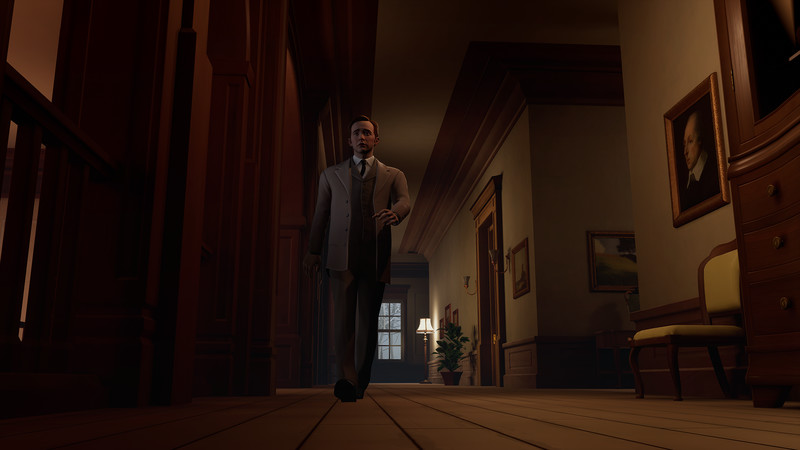 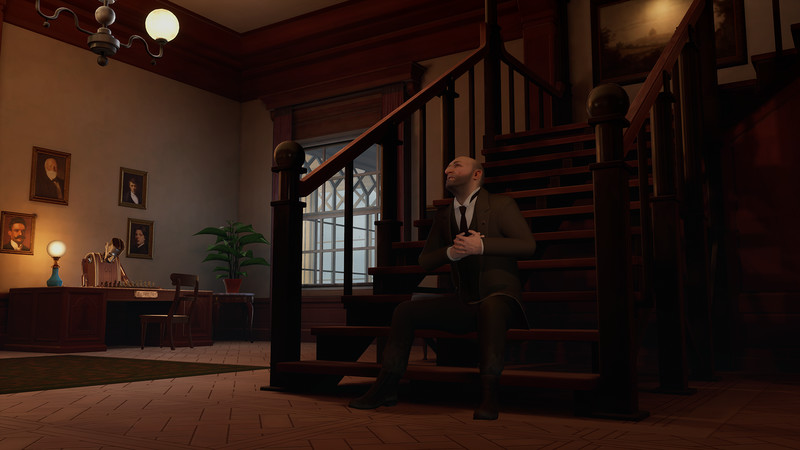 
If you're interested in immersive theater and experimental storytelling methods then this avant garde VR narrative is definitely recommendable.. I had to write a review after playing this game. I got almost all of the secrets.

This game is deep in content so play each chapter following the characters.
I highly recommend when you find a diary, read it!
There is a lot of hidden dialogue and story behind the story.
Even when you beat the game there is a little more so get those diaries!

By far one of the best story line based games I have played in a long time!
I highly recommend this game for anyone who loves kickback vr games you can play sitting down.. I almost didn't get this game because I read a negative review that said it was boring. I'm so glad that I got it anyways because it's now one of my favorite VR experiences ever! Get it on sale when it's $15 or less.. This is... a really fantastic experience for anyone that has the slightest appreciation for a murder mystery. It's a good story and script, with a unique multi-faceted presentation, and multiple interwoven threads of intrigue that don't fully resolve until you've seen the show from every angle.

It's a really intriguing experiment, and largely successful - I hope to see more experiences like this in future - although it isn't without its rough edges. There are some performance issues, as well as issues with the timeline system. Some items can lose sync with the actor they're paired with, and at least on a couple occasions, actors just disappeared off the timeline.

Additionally, jumping around between the actors can be a tedious process, find them, rewind until you get to the point where you last left off.

Still, the annoyances are minor, and doesn't really hamper the overall experience. While it's not really the sort of thing that the current demographic of early adopter VR users seem to be fawning over - it's nonetheless a highly recommended experience that anyone that appreciates good art and theatre will find to be uniquely enriching.. I love this game. I'm a huge fan of immersive theatre type experiences, which I'm convinced is perfect for VR. The Invisible Hours captures this feeling really well.

The voice work shakes between OK and pretty good. It's definitely not dissapointing, and with a game so focused on character performance, I imagine it could have easily been bad.

The animations are lovely, they won't blow you away with facial capture here, but the style works very well.

I wish there were some more movement options, I would love to have the ability to use the left Oculus Stick to "smooth move" around the environment (the left stick otherwise doesn't not have any purpose).

Naratively, the game works really well. I wish there were some more "wow" moments, like there was at the end revealing the final chapter. But there were plenty of moments (especially early on as character secrets are revealed) that had me exclaiming with surprise when I uncovered something.

I recommend that when playing, follow the detective for his entire arc, then proceed to follow the other characters. In the last chapter, I accidentally followed the "correct" character to get the ending, and was a little sad I got the answer before I had experienced the rest of the plot.

Overall, it would be easy to call this a "boring" game if you are the kind of person to not enjoy a "walking simulator". You don't directly interact with anything, rather you observe a wonderfully laid out sequence of events. This game still manages to keep me playing so I can uncover each character's full timeline. The Invisible Hours rewards replaying, giving you new perspective on the same scenes, even often seeing characters being part of events you didn't realise were there before!. One of the most immersive VR games I've every played. It feels like you're inside the house with all the characters, Really great acting and decent graphics too.. The official trailer doesn't really represent what this game is like. A story is unfolding with or without you paying attention, in multiple places at once. You can teleport around and choose what you pay attention to, and can rewind or fast forward time. It's a good concept and it's well executed. There is a map and timeline UI which makes it a lot less tedious to figure out where/when you haven't observed yet once you've gone through the chapters a few times.

I'd say the biggest drawback is that it's fairly common for characters to slowly walk away from a scene, go somewhere, and just do basically nothing for awhile, they go into an animation loop just standing or sitting around. It's logical, but it's not very interesting story telling. I wish they had fleshed out what those characters are doing in those less critical times.. Great new way of story telling!