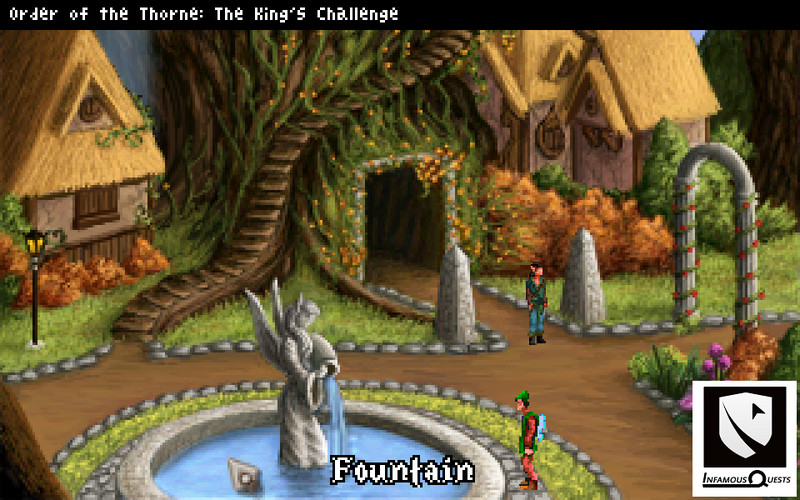 In a world far away, a tale of great adventure is coming to the land of Uir. Join Finn the bard on his quest to write 'the greatest ballad ever' as he undertakes "The King's Challenge".

Every ten years, the ruler of the Faerie Realm, King Quilhairn, offers up his latest challenge to those brave enough to undertake the quest. Their prize? One wish, any wish that is within his power to grant, and the prestige of being lauded as "Hero of the Faerie Kingdom".

Do you have the will and determination to guide Finn on his quest? Play your magic lute to discover the secrets of the land and entertain its people. Meet all kinds of interesting creatures, and prove your worth in this classic point and click adventure. 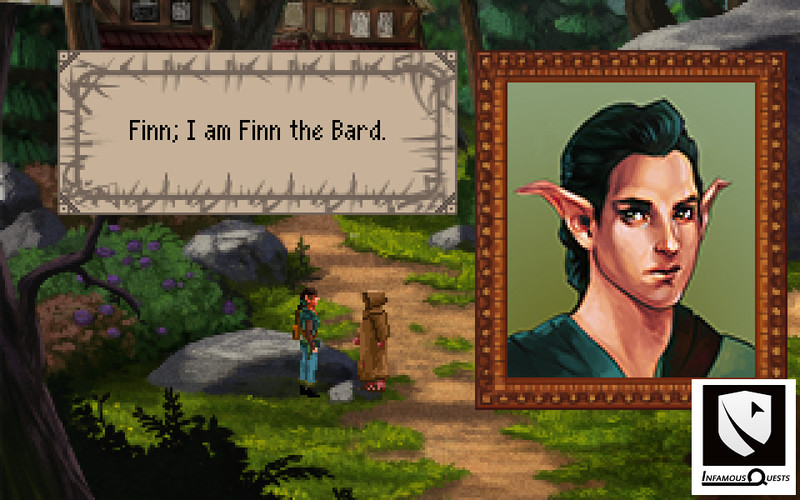 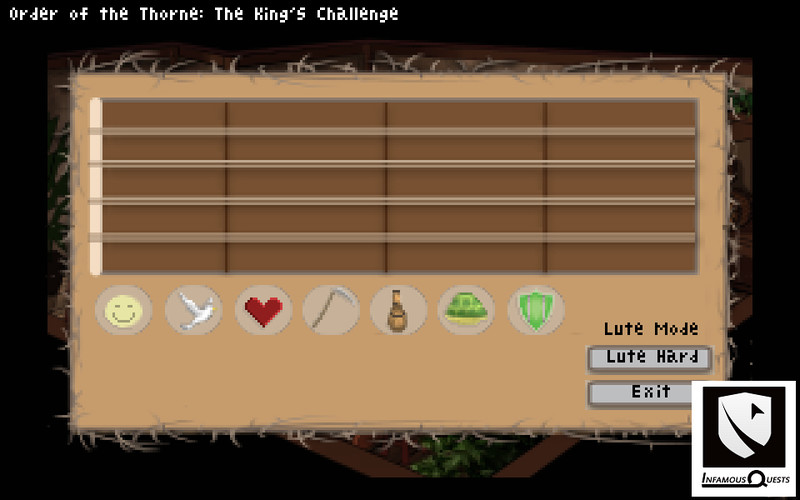 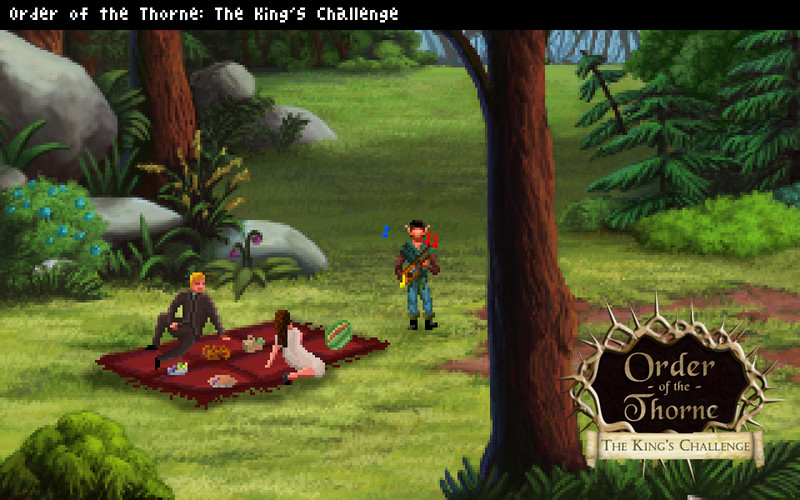 
Nice game. Kind of remind me of old King's Quest game. Puzzles are not really hard, but that was fun notheless.

I felt the voices were a bit slow and ended up skipping most of them.

First of all, I want to thank Steve for giving us the opportunity to stream an early version of OotT for our Extra Life charity event (which you can see here: http://www.youtube.com/watch?v=U75-kYTgYzY remember, early version, not all of the voices were in, and some things have been moved around in the final version).

Second, I'm the narrator and did a bit of playtesting on the game as well. Just want to put that out there so no one cries foul on me posting a review (I even bought a copy of the game, as I do for most games I record for).

That being said, I think what I like most about IQ's games is that they look one way on the surface, but you start to see the depth behind the characters/story/concepts when you have some time to think about it later on.

For example, some people complained that QFI treated women poorly, based upon some of the scantily clad female characters featured in the game. But once you actually interacted with them, it became clear that the game was mocking the archetype of the scantily clad female warrior and the games that had used it in the past. Voleris, the head of the Tyr's Arrows clad in a metal bikini, sounded entirely fed up with her lot in life. She rebuffed all of Roehm's advances, not in a "playing hard to get" manner, but in a way that suggested that she knew just how dumb it was that she was in the employ of a man that made her dress this way. She was sick of being an archetype.

Flash forward to OotT and a few things pop to mind about the way I've seen people react, and since you know I liked the game already, I'll instead say a few things about some concerns I've seen raised...

First of all, some folks have complained that the game is "too happy". Yes, the game is overall filled with characters who are content with their lot in life, but the first thing you see when you gain control of Finn are two pillars inscribed with the names of everyone who died in the last great war.

In fact, when you talk to the king, he'll tell you that the primary reason for holding the challenge is because he knows that, even in peace time, it's important to give potential champions something to strive for, to keep them vigilant. This is a peace that was obviously paid for in blood. Later in the game, you'll visit a graveyard that also reflects just how true this is (and how backing one of IQ's kickstarters is a very dangerous undertaking, heh).

So yes, the general tone of this game is one of peace and happiness, just like how the first Harry Potter had an overall light-hearted tone to it but things only got darker from there. We had to see Uir at peace to know just how much we have to lose (and the end of the game sets up some dark clouds on the horizon...).

Second, I've seen some complain that Finn (the protagonist) is "too sweet".

Right in the beginning of the game, we learn two important things about Finn: his father was a heroic bard of the Order of the Thorne who died in its service, and Finn seeks to do his father proud by following in his footsteps and becoming an amazing bard himself.

We immediately know that Finn has taken some lumps from life already, but despite this, he's still a kind, compassionate artist who wants to make life better for others (and his wish reflects this most of all). However, we see a bit of cynicism poke through from time to time, like when he talks to the snobbish jerk of a priest, Abdon, and says something to the effect of "A bard's job is to make life better for people, but I'm sure that's something YOU wouldn't understand", or when Finn was sure that Skelton was going to kill him for trying to take his treasure, even while Snowy and Red (who are by far the MOST naive characters in the game) thought there was still good in Skelton. Finn certainly knew better.

Finn is the person who has "lost his innocence", so to speak: he knows the world isn't all sunshine and rainbows, but he's not letting that drag him down to its level and turn him into an angry cynic (and I also have to add that Matt Curtis absolutely NAILED Finn's voice. Sometimes a voice just clicks with a character and that was definitely the case, here).

So that's my take on the game and some of the concerns: some things that may seem simple on their face are in actuality a great deal more complex underneath, and I hope Finn's story arc (which clearly isn't finished) involves him accomplishing the goals he set out to achieve in TKC (and no, I don't know where his story goes from here).. This game brought me back to my childhood of point n click adventures from the likes of Lucas Arts, Sierra Online, and others. Absolutely AMAZING game.

Video Review: http://www.youtube.com/watch?v=A7oRvPQty6w. It's a bit of a time capsule back to some of the Sierrra games meant for kids. If that sounds like your cup of tea, your money will be well spent! If you have no idea what that means, be more wary. (Just be sure you know what you're buying!). Reminiscent of Quest for Glory SYWTBAH, great writing, classic adventure gameplay. The game is designed where you can't get stuck in an unwinnable situation or locked out of an area. All text is voiced and the voice acting is high quality. A game that could have been good, but unfortunatelly it is not.
. The graphics are horrible to the point of being unplayable. Skip this one.